I mentioned once that I’m afraid my daughter won’t feel Polish. What can I do to prevent this? At the moment, first of all, pass on my mother tongue to her. But this doesn’t mean that Polish will occupy the same place in her hierarchy of languages. Monolingual people don’t even think about it, but it’s not that easy for someone who grew up with several languages.

Before I tell you about a multilingual dad I know, let’s think for a moment: what actually is a mother tongue?

A mother tongue is the first language known and „experienced” by a person in which he or she communicates with the environment. It has a significant share in getting to know the world and shaping the structure of the personality, making a person identify with it, and in adulthood usually think, dream, count and pray in it.

Interestingly enough, in most languages the question will somewhat relate to the mother’s language. There’s an English term mother tongue, German Muttersprache, French langue maternelle, Spanish lengua materna. But not in Polish! The adjective ojczysty comes from the word ojciec (father). When we use the term język matczyny (mother tongue), we’re talking about motherese, more commonly known as baby talk — this is the way mothers (and fathers as well) talk to their little ones. They modulate the intonation and use a high-pitched voice.

The answer to the question about someone’s mother tongue doesn’t have to be so obvious and I’ve learnt that from a friend whom I know thanks to the PEaCH project. Yoshito grew up in France — bilingual, because his parents passed on to him French and Japanese. Now he lives in the UK with his Korean wife and two sons who are surrounded by French, English and Korean. Passionate about multilingualism, he’s a teacher of French and Spanish, and the author of the great book The Parents’ Guide to Raising Multi-literate Children. You may know him as Multilingual Dad.

When someone asks him about his mother tongue, Yoshito asks for clarification. Does the enquirer mean:

And what about families with no mother or two? What if the mother speaks two languages ​​to the child? In multilingual families, parents often use several languages ​​to communicate with their child so it’s difficult to speak of one mother tongue. We should also remember that balanced bilingualism is extremely rare, and a language that is frequently used at some point in life may later become less important.

This is often the case with emigrants. Not so long ago, for the majority of them, emigration meant  abandoning their national identity. The more someone was able to blend in and the less they stood out from the rest, the better immigrant they became, or at least that’s what they considered themselves to be. Some, even after several decades of living in a foreign country, still haven’t got rid of the mania of assimilation. I know a few-year-old girl whose mother decided to speak Polish to her, despite the fact that the mother’s Polish is quite poor in speech and she can’t read or write in it. She was born in Poland, but as a child moved to Germany with her parents, and it was the German language that settled in their home for good. Now, when she asks her parents to speak Polish to their granddaughter, they’re not thrilled, to put it mildly. They’ll say a few sentences and switch to German. They also don’t want to read books in Polish to the little one. The story of Emilia Smechowski, who left Wejherowo with her parents at the age of 5 to become truly German, is similar. I recommend her book Wir Strebermigranten (or the Polish translation My, super imigranci).

And so we’re back to my concerns. Can you feel Polish without knowing Polish? Yes, you can. The awareness of one’s origin and blood ties also shape one’s national identity, but language is still an extremely important element of it. By passing your mother tongue to your child, you open a door to the history and culture of a given country or region.

But what if at some point the child is no more enthusiastic about your mother tongue and you can’t get out of them even a sentence in this language? Or, worse, if the child wants you to speak a different language? Don’t force yourself or your child to do anything. There’s still the so-called argument of the heart. This is the last resort for a parent who can’t imagine speaking to their child any other language than their mother tongue. Explain to the little one that it’s very important for you to be able to speak your language to them. Take their hand and hold it to your heart. Ask if they can feel it beating. Say that your heart speaks this language. Such honest and direct conversation can work wonders, but it doesn’t have to. I’ve heard of a girl who took her mother’s hand and replied: But mine speaks German. And the parent should also respect this. Maybe, like Emilia Smechowski, the girl will try to find this lost part of her national identity as an adult.

What are your biggest fears or concerns about bilingual upbringing?

If you’d like to learn more about what it’s like to be a multilingual dad or you’re interested in teaching your bilingual child to read and write, make sure to check out my live interview with Yoshito on Saturday, 17 July at 11:00 am CEST on Instagram. Follow wielojezycznie.pl to get notifications!

2 myśli w temacie “What will my child’s mother tongue be?” 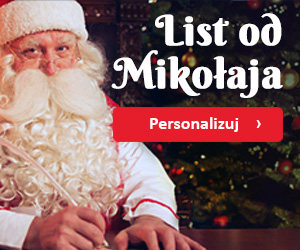